More than two years since the murder of George Floyd by a police officer in the United States sparked the global Black Lives Matter movement, there’s been only “piecemeal progress” in addressing systemic racism, the UN human rights office (OHCHR) said on Friday, in a new report.

While more people have been made aware of systemic racism and concrete steps have been taken in some countries, the Acting High Commissioner for Human Rights called on States to demonstrate greater political will to accelerate action.

“There have been some initiatives in different countries to address racism, but for the most part they are piecemeal. They fall short of the comprehensive evidence-based approaches needed to dismantle the entrenched structural, institutional and societal racism that has existed for centuries, and continues to inflict deep harm today,” said Nada Al-Nashif, who will present the report to the UN Human Rights Council on Monday.

She specifically pointed to key recommendations made in OHCHR’s Agenda towards Transformative Change for Racial Justice and Equality.

The report describes international, national and local initiatives that have been taken, towards ending the scourge of racism.

These include an Executive Order from the White House on advancing effective, accountable policing and criminal justice practices in federal law enforcement agencies; an Anti-Racism Data Act in British Columbia, Canada; measures to evaluate ethnic profiling by police in Sweden; and census data collection to self-identify people of African descent in Argentina.

The European Commission has issued guidance on collecting and using data based on racial or ethnic origin; formal apologies issued, memorialization, revisiting public spaces, and research, to assess links to enslavement and colonialism in several countries.

The report notes that poor outcomes continue for people of African descent in many countries, notably in accessing health and adequate food, education, social protection, and justice - while poverty, enforced disappearance and violence continues.

It highlights “continuing…allegations of discriminatory treatment, unlawful deportations, excessive use of force, and deaths of African migrants and migrants of African descent by law enforcement officials”

“The barometer for success must be positive change in the lived experiences of people of African descent,” continued Ms. Al-Nashif.

“States need to listen to people of African descent, meaningfully involve them and take genuine steps to act upon their concerns.” 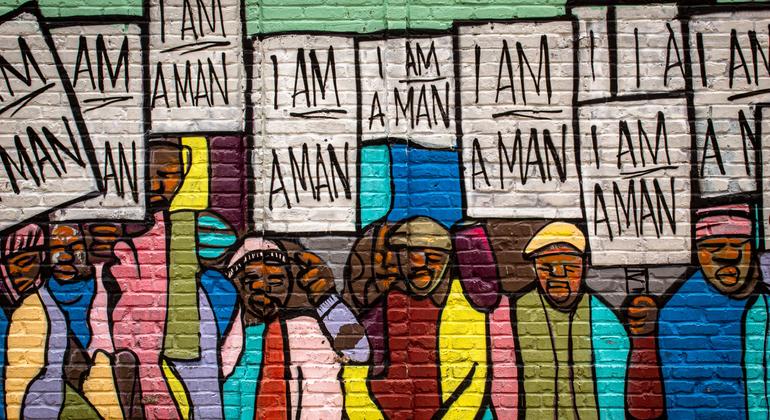 Where available, recent data still points to disproportionately high death rates faced by people of African descent, at the hands of law enforcement, in different countries.

“Families of African descent continued to report the immense challenges, barriers and protracted processes they faced in their pursuit of truth and justice for the deaths of their relatives”, the report says.

While noting some progress towards accountability in a few of these emblematic cases, “unfortunately, not a single case has yet been brought to a full conclusion, with those families still seeking truth, justice and guarantees of non-repetition, and the prosecution and sanction of all those responsible,” the report says.

Ms. Al-Nashif called on States to “redouble efforts to ensure accountability and redress wherever deaths of Africans and people of African descent have occurred in the context of law enforcement, and take measures to confront legacies that perpetuate and sustain systemic racism”.